The architect Nepveu built this court theatre in just a few weeks in 1832 in the place of the former tennis courts on the occasion of the wedding between Louise d’Orléans, the daughter of Louis Philippe, and Leopold I, the King of Belgium.
Though it was inaugurated on 10 August of the same year to host the comic operas Picaros et Diego (Picaros and Diego) and Le Prisonnier ou La Ressemblance (The Prisoner or The Resemblance) during the wedding celebrations, work on the theatre was only fully completed in 1835. Nepveu called upon P.L.Cicéri to create the stage sets and the proscenium arch and on Dubois for the room’s decoration. At the time of Louis Philippe, there were two popular types of performance held here, consisting of either an opera and a ballet or two comic operas. During the reign of Napoleon III, between 1852 and 1859, it was comedies of manners that were the new fashion during the Series. These recent creations were split into three acts and performed by the troupes of the Comédie-Française, the Odéon and the Vaudeville.
After the fall of the Empire, the theatre was only used on special occasions, notably during the stay of Tsar Nicolas II in September 1901.

Though having undergone no restoration work at all during the 20th century, the Petit Théâtre managed to preserve in full working order its traditional wooden machinery enabling changes to be made to the scenery which is still in place today: its large central chandelier equipped with Carcel lights enables the re-enactment of the lighting that was used during the Second Empire. This performance hall is a unique example of a court theatre of the 1830’s and is today the only one of its kind to show the transition between the palatine rooms of the 18th century and the theatres of the time of Napoleon III. 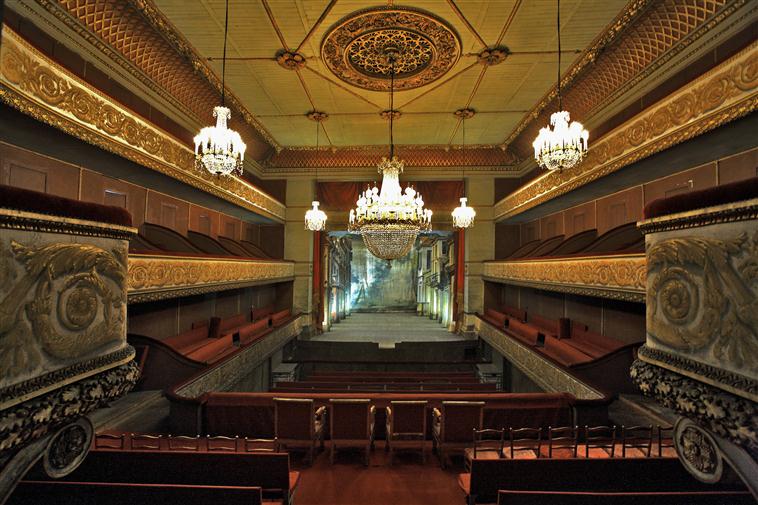